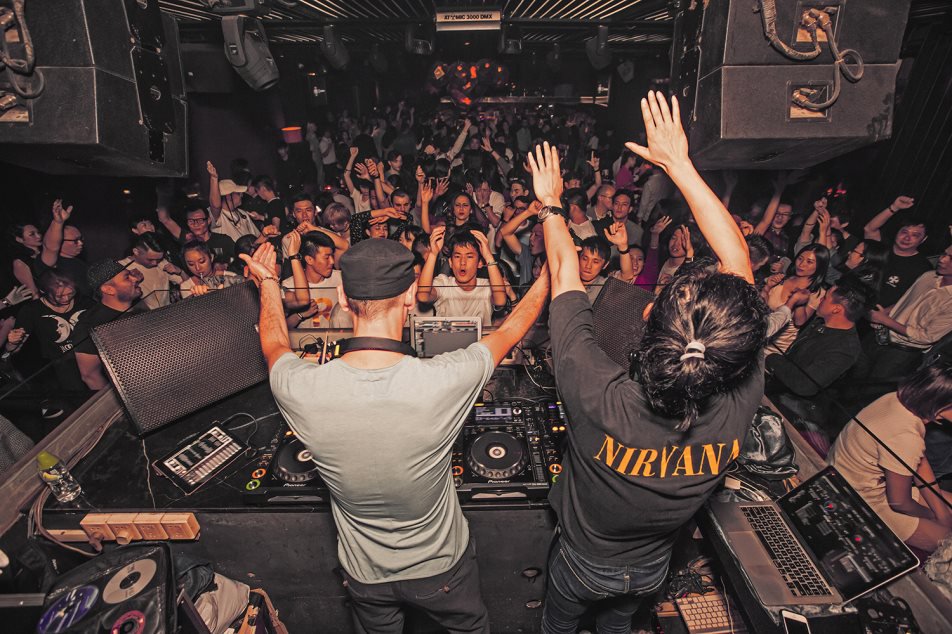 When wanting to reach young Chinese consumers, it is essential to first understand who they are and what they identify with. Among young people everywhere in the world, aside from mainstream culture, subcultures and trends exist, through which youths shape their identities.

In China, the emergence of such youth subcultures and trends is particularly recent, compared to the rest of the world. It can be associated with China’s late but rapid economic and technological developments. Today, on cutting-edge online platforms unlike those known in the West, Chinese youths are forging connections and creating virtual social relationships. These interactions enable them to establish an online collective identity as well as to distinguish themselves from others. However, this can also lead to them jumping onto trends without knowing how long these will last. The remits of youth subcultures and trends are often blurry and overlapping. This is also down to the need of young people to identify with others as well as to differentiate themselves from the masses.

In the following, Qumin presents a compilation of the most important Chinese youth subcultures and trends.

The techno scene in China is a subculture, which has become increasingly popular thanks to the increase of techno festivals in major Chinese cities such as Shanghai and Beijing. For 20 years now, one of the most iconic techno festivals in China is held on the Great Wall. Technoculture is defined as a “basement culture”, the locations at which these parties usually take place. The idea is to promote creativity and personal expression. The scene is growing every day and techno music is also becoming popular in cities such as Chengdu, Shenzhen, and Hong Kong. Yang Bing, a popular Chinese celebrity, is considered a pioneer of underground techno music in China. 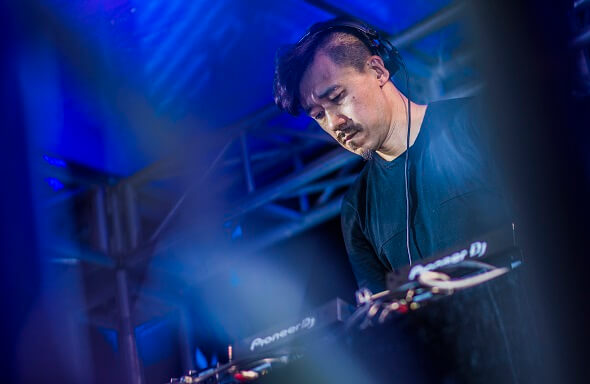 The “Mourning culture” and “Buddhism youth”, said to have originated from Japan, are gaining attention among the young generations in China.

The “Mourning culture” (Sangwenhua 丧文化) has many different interpretations but is most commonly associated with self-depreciation and a sense of exhaustion with the daily routine. These young people do not see a positive future due to rising living costs and increasing pressure from society. This subculture lives off the use of social networks and is renowned for creating viral memes and buzzwords. Their memes visualise their dimming faith in achieving success in an increasingly competitive society. They are happy with living frugally while sharing their self-mockery with others as a relief. In many ways, this culture resembles the post-war existentialism dilemma in Europe, only it’s not driven by political reflection, but rather by the economic stagnation in their personal lives. 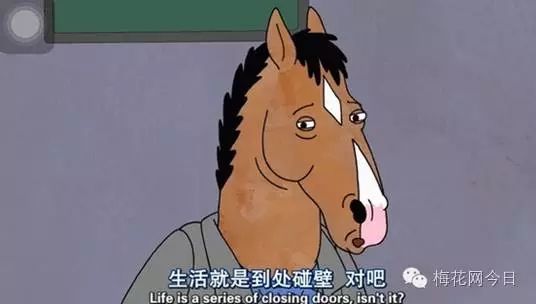 The “Buddhist lifestyle” is very similar to the “mourning culture” in that it originates from the anxiety of the current society. This is, again, amplified by social comparison on social media platforms, where people are more exposed and tend to compare upwards. They often compare themselves to people who are more successful and have more possibilities lead a comfortable life. In this sense, online platforms have worsened the feeling of inadequacy that comes from these comparisons and is now widespread among young people. 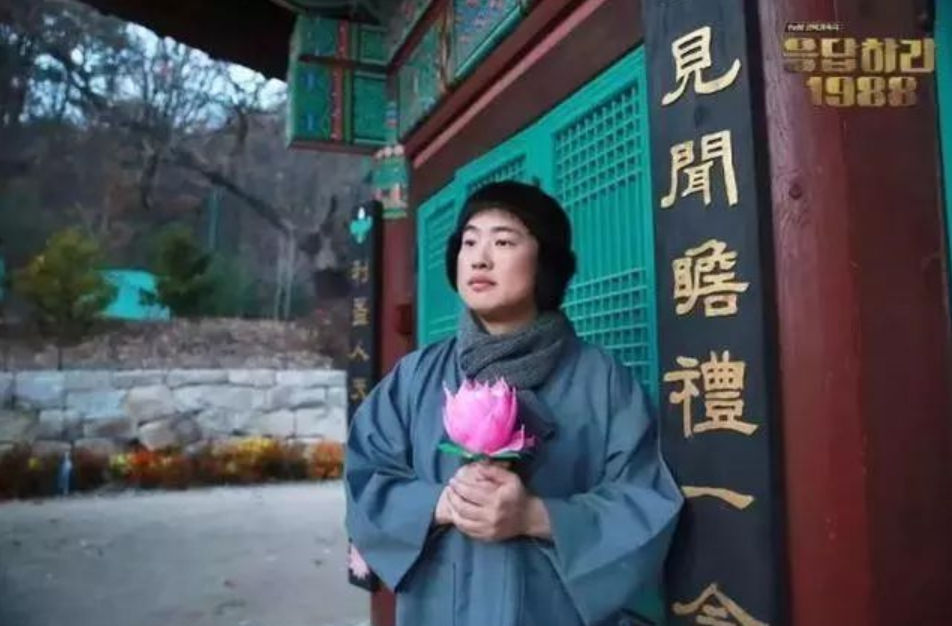 The Buddhist lifestyle is characterised by a lifestyle that pursues peace and indifference, also in regard to sentimental relations.  It mainly focuses on individualism and one’s inner spiritual side with a sense of disconnection and minimalism. People reduce their interactions online, disconnect from technology, and are grateful for nature and the people around them.

The Hanfu culture refers to the clothing people wore during the Han Dynasty (206 BC – 220 AD). This traditional style features long robes with large sleeves and a belt around the waist, with pale and delicate colours. This subculture aims to revive traditional Chinese culture. In fact, with the rapid economic and technological developments, people have begun to look back to traditions, trying to preserve and protect them. Nowadays, many young girls are adopting this style in China, they can be seen wearing traditional dresses in public, taking pictures, and participating in Hanfu cultural festivals. 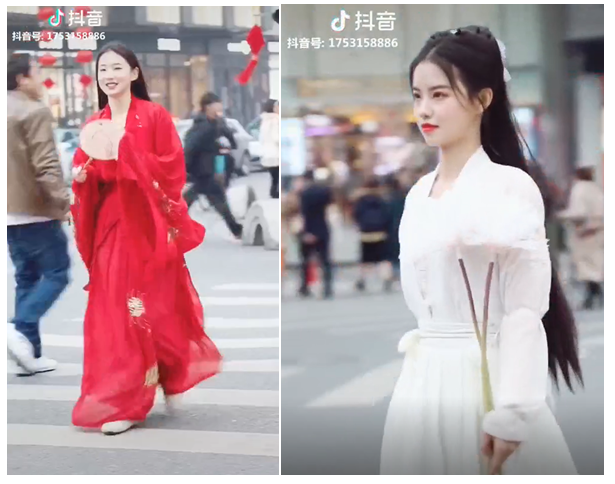 The “two dimensions” culture is related to Japanese manga and Hong Kong cartoons which dominated Chinese youth lives throughout the 90s and the beginning of the 2000s. Former readers of the two genres now constitute the majority of Chinese internet users. Alas, the ink-and-paper culture is staging a comeback and shaping new, digital interactions with the supposed 3-D world. “Bullet screen” (弹幕) refers to live commenting, where manga viewers type comments at a chosen time in a video. When other viewers reach that point, they can see the comment and this has changed the way those belonging to this subculture can interact with each other. This method is also adopted by sports live streaming, reality shows and even for different types of offline events.

Cosplay is the act of dressing up as a famous character which is often a manga or cartoon hero. It is already popular in the West and is now gaining momentum in China with many Cosplay festivals and events being organised throughout the year. Its popularity can be explained by the fact that by disguising themselves, Chinese youths feel they can escape from reality and from real life pressures. This culture in China has a different style and audience than the one in Japan and in the West, and is not solely for young people but also involves the older generation. 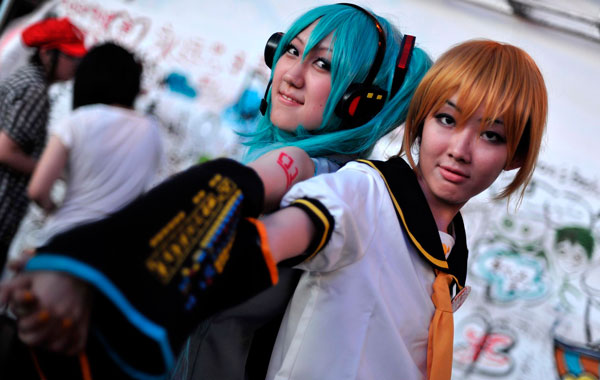 The goth subculture is characterised by Goth music and a distinctive dark style of clothes and make-up. In China, it is influenced by the Cosplay subculture and by the Lolita fashion originating in Japan. Very recently this year in Guangzhou, a goth was stopped at the subway security point because the guards considered her make-up too excessive and potentially distressful to fellow passengers. The incident has been shared excessively on Weibo since and received a great deal of responses from around the world with people posting their goth make-up in support. The goth subculture is getting more and more popular, especially after this incident. 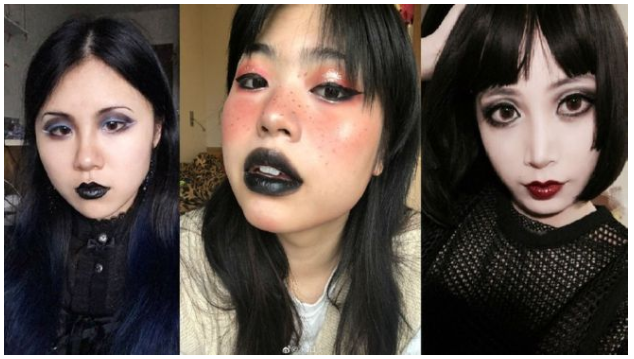 Peppa pig (小猪佩奇), a famous children’s cartoon all over the world, has become immensely popular in China in recent years. Its fame attracted the attention of a Chinese youth subculture called “Shehuiren” (社会人), which literally translates into the “People of Society”.

Peppa Pig became their symbol after, in one episode, a friend asked if they had become fat and Peppa said they should go to the gym rather than giving the polite answer Chinese society would dictate. As the above-mentioned Mourning culture shows, Chinese youths sometimes despair at rigid societal norms and structures and would wish to be free to speak their mind like Peppa Pig. 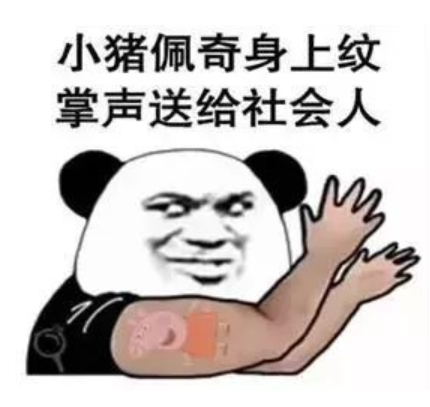 Those young Chinese people participating in this subculture define themselves as the antipode of the common Chinese young generation. They generally come from the lower classes of society, have a temporary job and are not as well educated. Shehuiren have a particular style and try to distinguish themselves with merchandising such as watches and fake tattoos of Peppa Pig. By using these ‘childish’ objects, they want to mock the mainstream ‘gangsta’ culture. Such contrast paints a comical picture of the rebellious nature of Chinese youth. It shows that Chinese young people do have something other than only negativity, least of all, humour, albeit they use it in a self-deprecating way. The movement gained popularity through memes and on short-video platforms such as Douyin, where it was later banned. 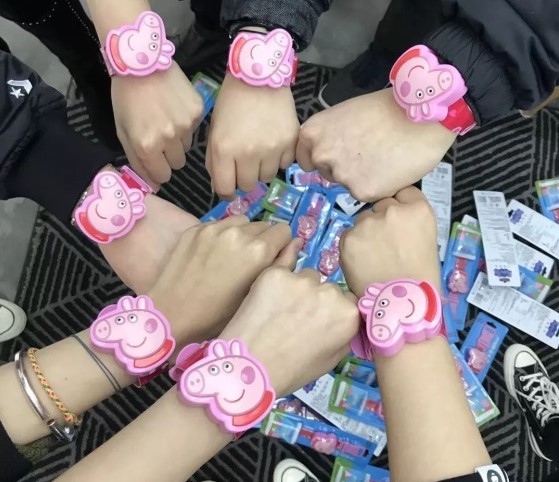 The “Lower Class Culture” (Tuweiwenhua) can be likened to the Shamate 杀马特 culture that was popular among high school dropouts several years ago. It has become an important cultural trend on the internet through the sharing of videos and images. Their content often goes viral on social media platforms, due to its entertaining nature, which features the lifestyle embraced by citizens of tier3-tier4 cities. Actors normally exaggerate their local dialects with outrageous clothes and moves. 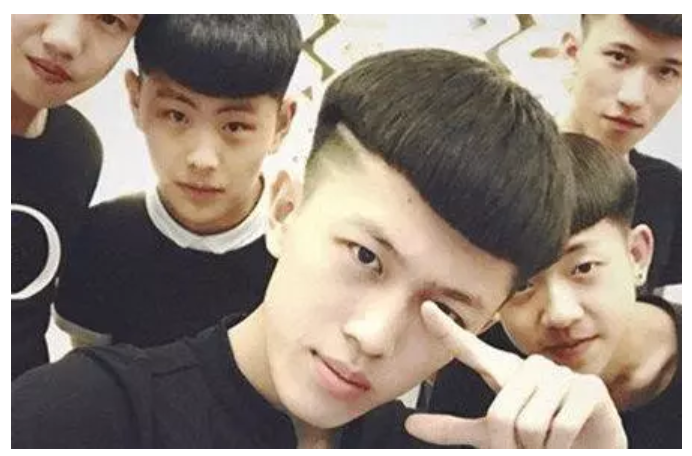 The Streetwear culture is growing in China, mostly thanks to TV programs such as “Street Dance of China” and “Rap of China” launched in 2017. Chinese youths are influenced by celebrities that embrace this new style to become more unique, original and differentiate themselves from the masses. In particular, Chinese Hip-hop artists like “Higher Brothers”, a popular group from Chengdu, are shining a spotlight onto this culture. However, the Street culture has its own set of challenges because of adverse Government regulations and the traditional Chinese culture, meaning it could encounter obstacles in the future before becoming mainstream. Still, it is experiencing steady growth mostly on e-commerce platforms on which streetwear brands such as Supreme, Off White and Yeezy are receiving a lot of attention from Chinese consumers. 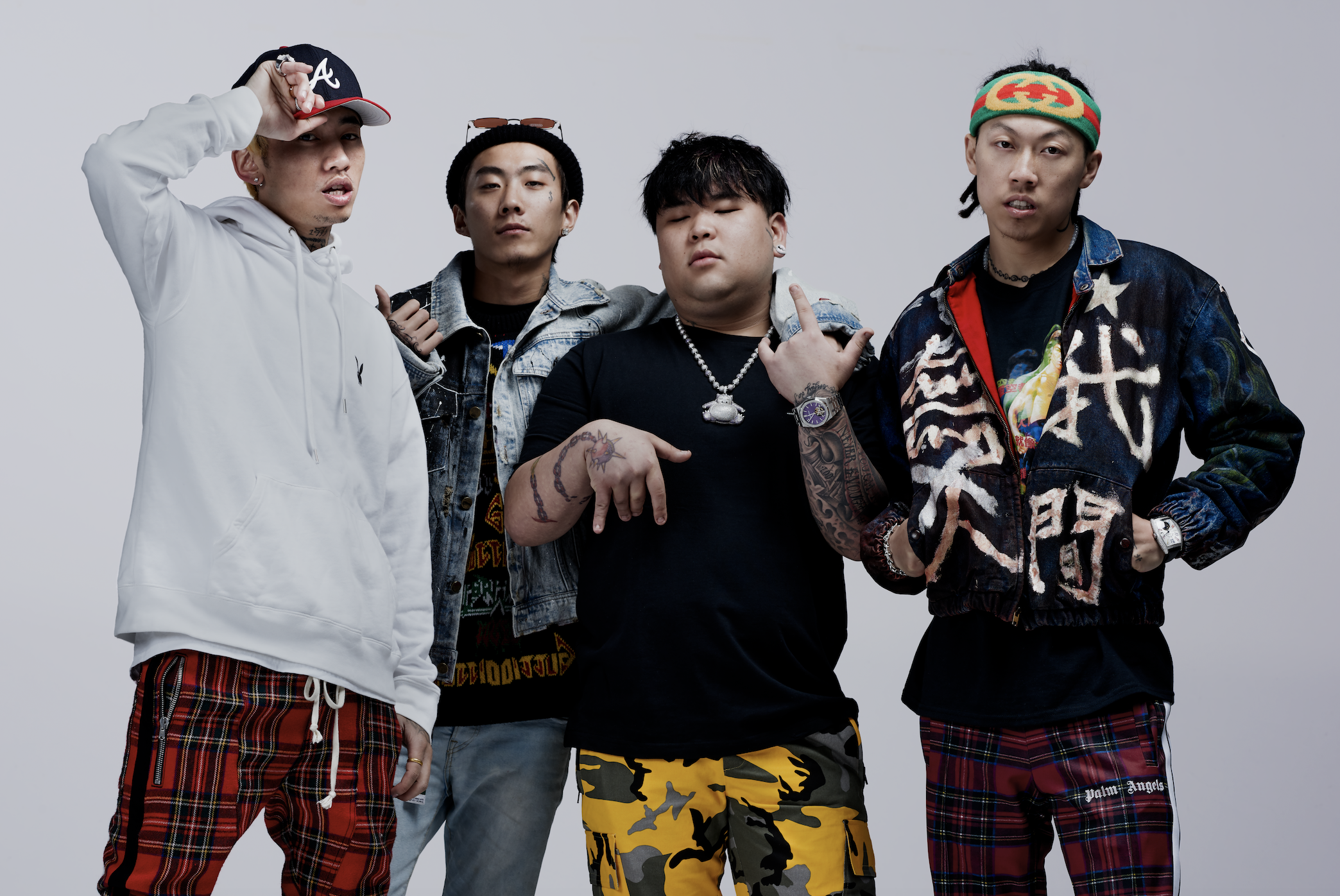 Subcultures and trends best reflect key issues within today’s society, such as high pressure, lack of satisfaction, the widening wealth gap and a high anxiety rate. However, by overly capitalising on a subculture or trend, it can lead to permanent damages to the society’s mainstream culture. Also, it is hard to say how long these cultures will last and whether they are just fads, so brands looking to target young Chinese consumers should be cautious of targeting subcultures. Still, it is important for anyone trying to understand Chinese youth behaviours to know of these trends.

Enjoyed this article? We will be sending out a monthly collection of interesting and important news and trends from China soon! You can sign up for ‘Qumin Cues’ here. 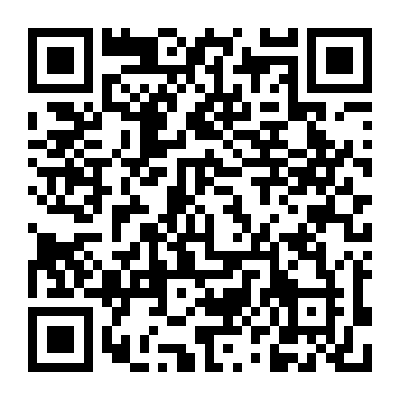